Today, at around lunchtime, we pulled into our final stop on a journey that started two weeks ago in Sri Lanka. Today, we arrived in Singapore.

We’ve been to some warm places, but today, it felt sort of ridiculously hot and humid. Even those passengers who have been here before remarked on just how extraordinarily hot it was.

Just the name itself – Singapore – The Lion City – the World’s only island city-state – conjures up exotic images of a modern conurbation steeped in colonial history and at the forefront of technology. When it all boiled down to it, however, neither Tracey or myself felt much like taking the trek into the big metropolis. While many folks were buzzing about an impending visit to ‘Raffles’ and the Singapore Sling they would order as soon as they got there (cos that’s what you are meant to do when you visit Singapore, apparently), or take in the ‘Gardens By The Bay’, all we wanted to do was go for a quiet walk and find some shade (and hopefully a view of the city skyline, if there was one going).

As you can imagine, the port of Singapore is a big, busy place. Across the water, we could see the resort island of Sentosa, joined to the mainland on one side of the bay by a boardwalk and on the other by a high cable car which ran high above where the Voyager was berthed. We figured the chances of finding a suitable walk were slim, yet just across the busy highway that ran right past the front of the Cruise Terminal, known as VivoCity, we discovered exactly what we were after; a large, natural park.

Mount Faber Park fulfilled all our requirements. A good, well-maintained path, shaded by tall trees, climbed up to a high ridge from where the cable car ran (at Faber Peak). We were accompanied by the weird, and rather loud, sound of insects, which we presumed were something similar to cicadas. They would whine like an electric saw, increasing in volume, and then suddenly stop, only to restart again a minute or so later. Occasionally, the pitch would increase to something even higher, and make a sound like the warning sound of a vehicle reversing. 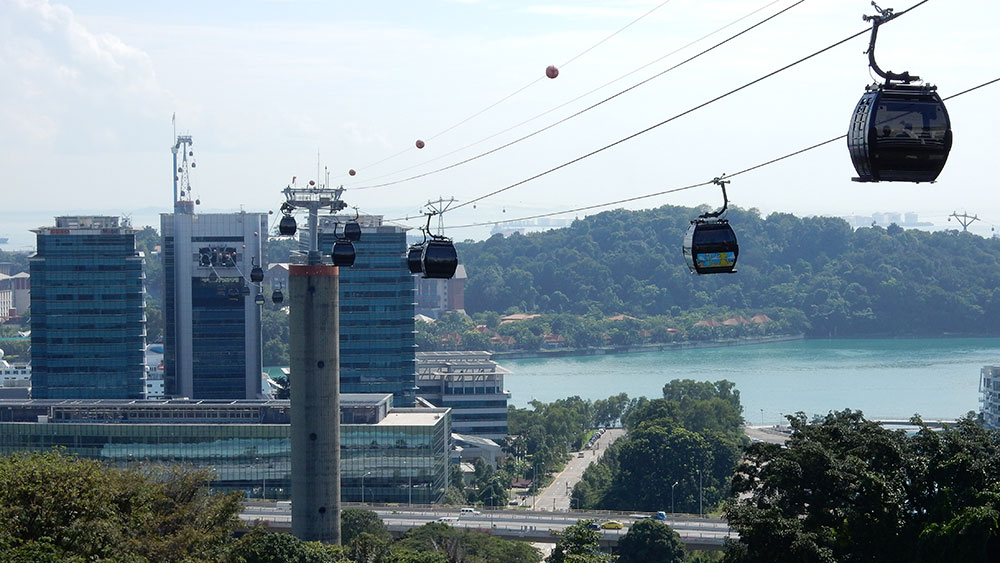 Along the length of the ridge, once we got there, we discovered there was a roadway, which is clearly used to ferry tourists to the cable car station and to Faber Point, where a mural wall depicts scenes of local historic events. For myself; the best thing about the location was that it gave us some fantastic views. In one direction, we could see right over the bay towards Sentosa, and the ship way below, and in the other, we were given a wonderful view of the city. 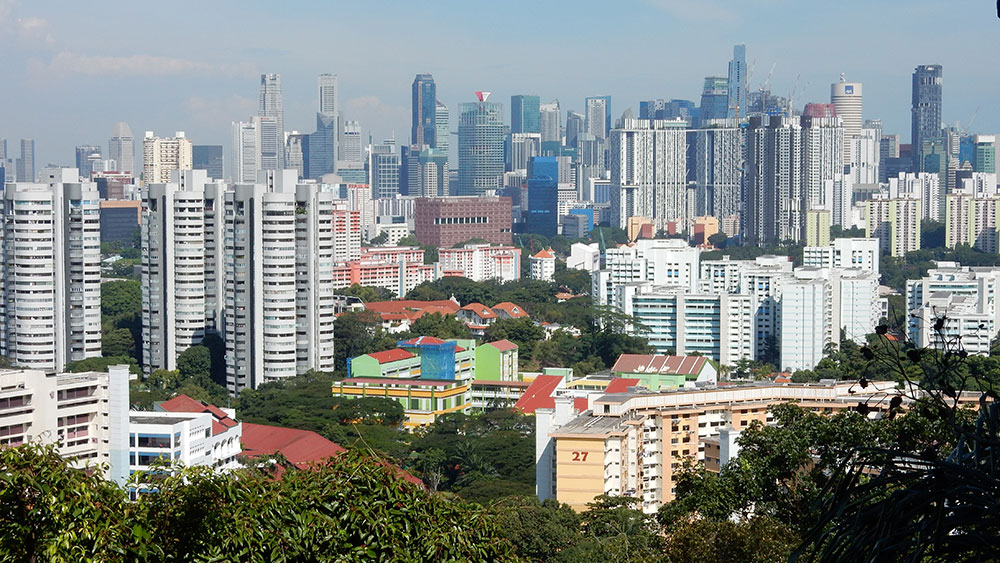 This is a statue of Singapore’s marketing icon; the Merlion (half fish, half lion)… 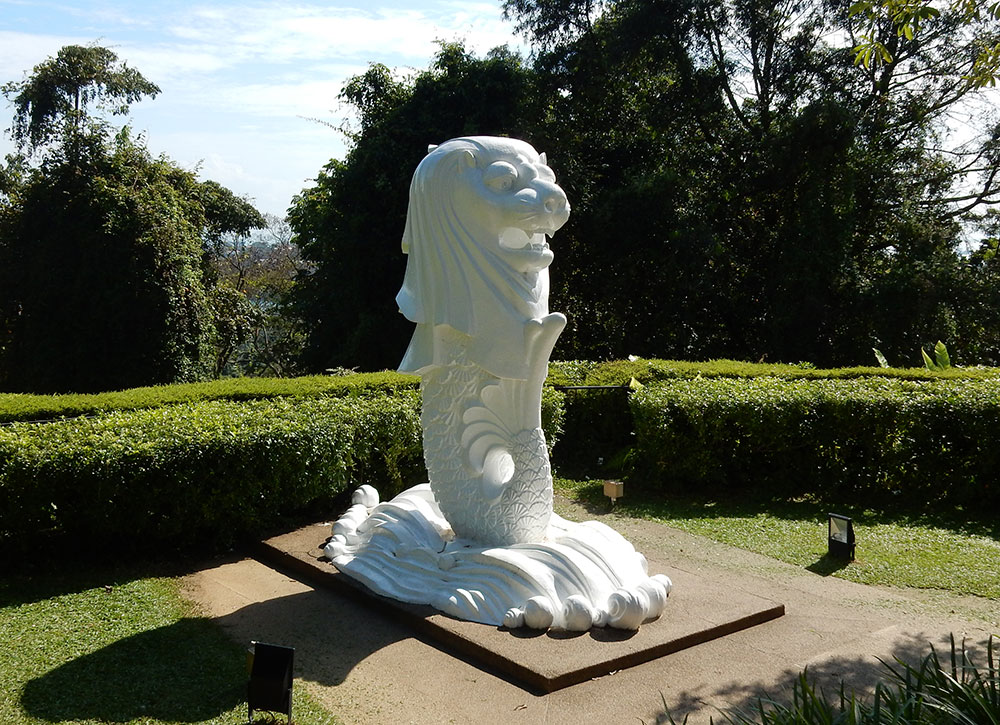 We thought we’d discovered an alternative route back down the hill but were soon prevented from going any further by a path that was overgrown and impassable. The only sensible way back was to retrace our steps along the way that we’d come.

In the evening, we attended a farewell drink get-together thrown by the Cruise Director for the lecturers and tutors, and then, after dinner, we headed upstairs armed with cameras to, hopefully, take some photos of the city at night. Unfortunately, this wasn’t to be; the rain was falling in buckets.

Tomorrow is disembarkation day and the long trek home begins…