Roughly ten years ago, I sailed into Palermo on the Saga Ruby; my first ever cruise assignment, and my first ever visit to Italy. I was up on deck early to photograph the sunrise; the result was the photo you see posted at the head of this blog.

My Italian is no more extensive today than it was then; I can say ‘i Fungi’, which means mushrooms, and ‘Luca Brazi sleeps weeth the feeeshes’, neither of which is likely to get me very far.

Today, we arrived in Palermo, Sicily’s largest city, and administrative capital, and we were on tour again, this time to a small place on the outer fringers of Palermo Province, called Monreale. 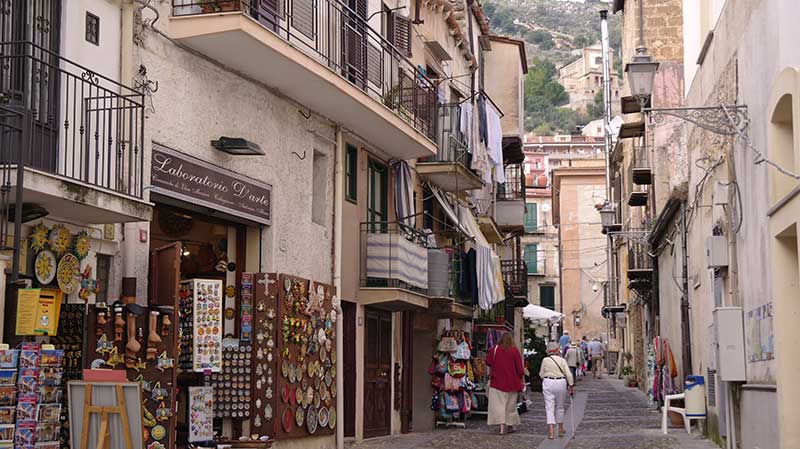 The ride out, from the port, through the busy streets of Palermo, to the small town of Monreale was slow and quite chaotic. When we arrived in Monreale, it was nice to be out of the coach and climbing the steps to the town’s centre, where the guide led us, first, into the cloisters of a monastery, before showing us a magnificent view across towards Palermo. Finally, we ended up queueing, along with several other groups, to get into the cathedral (a small wait of only about 10 minutes – it didn’t open until 3:30pm… siesta n’ all that…). As we entered the cathedral, everyone was issued with a small receiver (that looked like an old-style, non-smart mobile phone) and an earpiece, so that the guide could speak to us all without interfering with other guided parties (and the whole cathedral descending into a mass of noise as guides compete with each other). 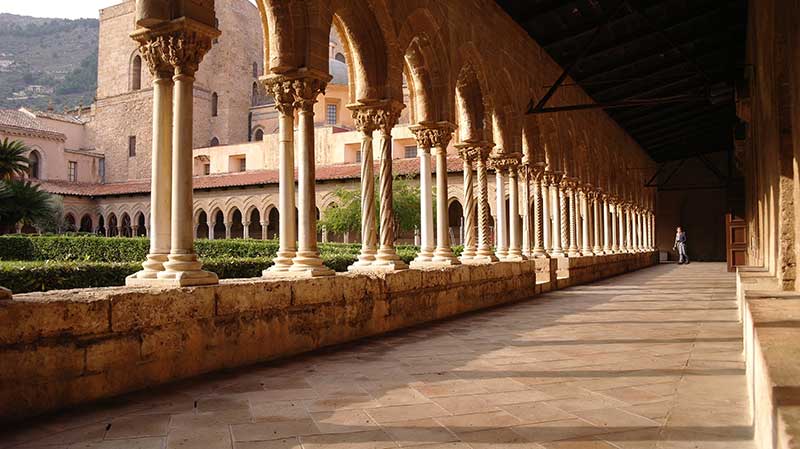 Unfortunately, our guide barely paused to take a breath. I’m sure everything she was telling us was riveting, but I’m afraid I tuned out after a while… and I don’t think I was the only one. There were a few murmurs of discontent as the rabbiting showed little sign of reaching any sort of conclusion. The light was starting to fade outside, and a few people were becoming concerned that there would be no free time at the end of it all.

Sure enough, our 30 minutes of free time was spent in a descending early November gloom, which is a pity because Monreale seems like a really nice place. There wasn’t a huge amount to see there, it being only a small provincial town but it would have been nice to spend a llittle more time just pottering around.

The ride back through Palermo, to the port was tortuous, the streets log-jammed with commuters, freshly risen from their afternoon siesta, were heading off to work or to shopping. Needless to say, once we were back at the ship, despite the fact that we had a few hours left before we’d be leaving, we didn’t have the energy or inclination to go back out into the bustling city.