This morning, I held my second class; a tonal study where I had everyone painting a picture using only a single colour (Paynes Grey).

It came as little surprise, after yesterday’s civilised first class, that today turned out to be slightly chaotic. The problem was a lack of a proper queuing system; people who turned up first were not necessarily guaranteed a place due to the fact that loads of people turned up nearer to the start time and grabbed tables as soon as we announced that we were ready for them. This is where a self-contained room (like on the Marco Polo) is ideal; a physical door makes it easier to control people as they enter, and prevent more than we can cater for slipping through. It also encourages folks to queue in a logical, and responsible, fashion.

Needless to say, there were a few disgruntled punters and there will no doubt be a few complaints as a result. We spoke to the Cruise Director afterwards, who has promised us heavy-duty crowd control barriers for the next session. 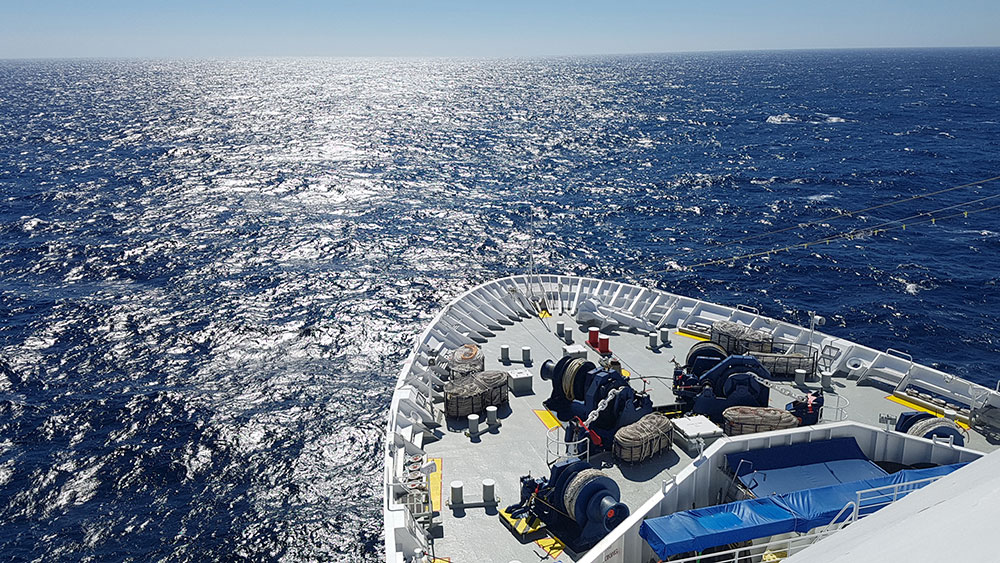 The rest of the day has been quite relaxing. The calm seas have been accompanied by warm, sunny weather, and most people have been out on the decks enjoying the sun. Tracey and I even spent some time standing at the front of the ship looking out to sea, where we saw what we think were three dolphins. They looked quite small, and only broke the surface once, but it was nice to see them alongside the ship, even if only briefly.

I’ve spent the afternoon editing photographs, drinking tea and not a lot else.

Tomorrow, we are due to arrive at our first port-of-call, Lisbon, Portugal, where Tracey and I are down for escorting duties in the morning. It’s a full day’s visit, though, so I’m hoping we’ll also be able to take a walk into the city by ourselves in the afternoon.

It will also be the first opportunity I’ll have to access the internet since leaving Bristol (so the blog will have three posts all at once). I’m trying to avoid using the ship-board wi-fi, unless absolutely necessary, since I have lots of available data on my phone contract, which I can use in Europe (at least until the 29th of March next year – heaven knows what’s going to happen then…).